On September 20-22, several St. Andrews show team riders competed at the Tryon International Equestrian Center for our first outing of the season. 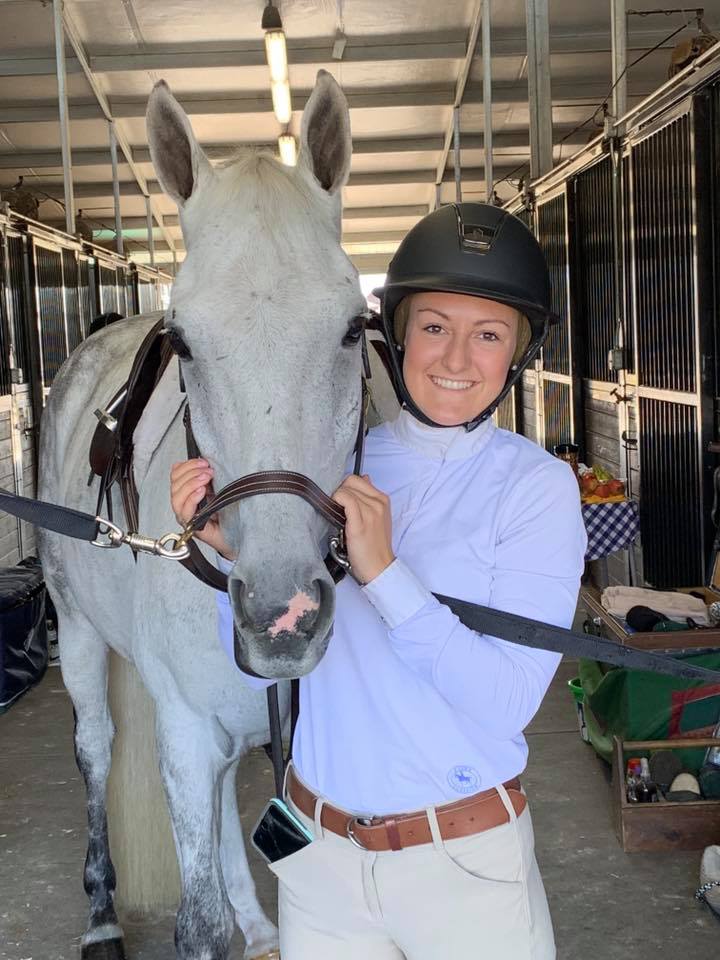 Taylor Fowler with only two weeks working with Paulchen (owned by alumna Liz Shaffer) brought home a Reserve Champion in the 2’9” USHJA Hunter division.  This team was also 7th in the USHJA National Derby and earned good ribbons in the Child/Adult Hunter division.

With only five rides before the show, Isabel McLaurin and St. Andrews Quidam Manciais, aka “Snitch”, had good ribbons in the 2’9” USHJA Hunters and the Child/Adult Hunters.  We’re excited to see this pair grow together.

Carly Parent rode her own Alpine’s Ruby in their first rated show for both horse and rider.  They earned good ribbons in the 2’3” USHJA Hunters and the Foothills Hunters.

Coach Ashley Duda and Southside (aka Petey) were Reserve Champion in the 1.20 meter jumper division.